Step with us into the dark and decadent world of Lady Danbury's Bridgerton. Our tour reveals some of the surprising secrets of Regency London and the inspiration behind Shonda Rhimes' hit show, enjoyed by 82 million people across the globe.

The ‘Regency’ lasted between 1811 and 1820 when Prince George, the Prince Regent, stepped in for his ailing father - during the infamous Madness of King George. Although short lived, the Regency period produced some stunning architecture including Regent Street, Regent’s Park and even the Regent’s Canal. It also created an evolved, exaggerated - and sometimes outrageous - code of courtly behaviour, mined for us so perfectly in the episodes of Bridgerton. The real-life Beau Brummel was the eptome of the Regency dandy, commemoated in a fine statue on Jermyn Street. And he invented the three-piece suit along the way.

Discover the world of Regency and Georgian high society known as the Ton, From the French Le Bon Ton (meaning etiquette), where debutantes were presented at court and competed ferociously for attention, wealth and position. And hear more about the diverse city that London was becoming as the 19th century progressed.

Join us to see where the hit Netflix show was filmed, learn more about some of the inspiration behind the characters … and discover some of Regency London into the bargain. 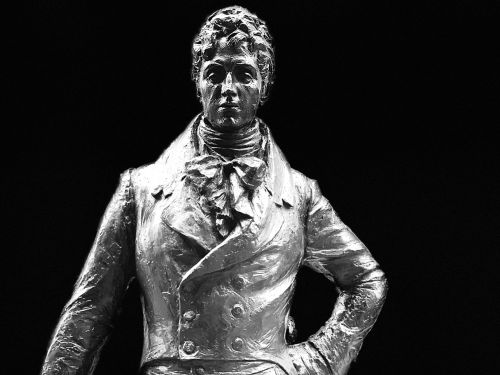