Occasionally Mr Londoner joines forces with other professionals who share his love of the capital, be they tailors, shoemakers, artists or acrchitects.

Neil Kramer @Cabbie_london is a qualified London cabbie. Neil studied hard to pass 'the knowledge'. All London cabbies have to get through this gruelling exam to get their licence. Neil's well-appointed is always immaculate and our guests love seeing London in style with a host who knows the city like the back of his hand.

Here's Neil's take on a perfect day in London ...

I’m Neil, a London Taxi Driver of 20 years and also the owner of a new electric eco taxi. With its full glass panoramic roof to watch London’s skyline pass by, it also has some pretty impressive climate control and comfy seating for six passengers. It’s been a huge change and a step up from driving a gass-guzzling petrol cab but it's one I've been very happy to embrace.

To become a London Taxi Driver you have to take a topical graphical test which is more commonly known as 'The Knowledge'. It is steeped in myth and rumour along with the legendary examiner Mr Ormes. It takes around three years and it is said that no one can ever fail doing the knowledge, drivers just give up trying to complete it. You have to learn the ‘Blue Book’ which consists of 400 runs from point A to point B. These are tested in front of an examiner every 56, 28 and 21 days depending on your progress - that is only known by your examiner. Once these are all completed along with a re-take of your driving test you are then presented with a Green Badge and you are then an official Hackney Carriage Driver.

I’m often asked what to recommend to people visiting London for the the first time visiting I will obviously suggest the big ones, Churchill War Rooms, Tower of London or St Paul’s Cathedral. But if they have done all that before ... I try to suggest something a little different.

Shoreditch and Spitalfields have a unique vibe to them and are great places to explore. They are just great for street food, vintage and retro fashion, street art and there's a great restaurant scene here. Bankside is also a favourite of mine. Steeped in history, the area offers something a little different - from art and culture to Borough Food Market and a post-medieval burial site. This is such a fascinating area of London to discover. And then there is Queen Victoria’s nose job by Buckingham Palace ... but that’s for another day!

My perfect day in London would start with a proper breakfast at E Pellicci in Bethnal Green in the heart of London's East End. This grade II listed café has been run by the same family for over 100 years. I’d then walk to Brick Lane, the epicentre of London's curry scene, take in a couple of food shops to stock up on some spices then grab a quick coffee before mooching around Spitalfields Market. Then back into the taxi to Tate Modern (a former power station) to see the latest exhibition and afterwards grab a drink in the Tate's 6th floor bar for one of the best views of St Paul's Cathedral and the City of London. Then a riverside walk to the Southbank and then back over the water once again, to Covent Garden.

From there I would end up at The Delaunay Counter for a late lunch. I’d then make my way over to Victoria to the Palace Theatre to see Hamilton with pre-show drinks. Heading home after the show via Beigel Bake on Brick Lane, just around the corner from where I started that morning but still wide awake enough to decide on whether we want a Salt Beef and pickle or a Smoked Salmon and Cream Cheese beigle.

Fancy sharing discovering Neil's London? Then get in touch @cabbie_london. 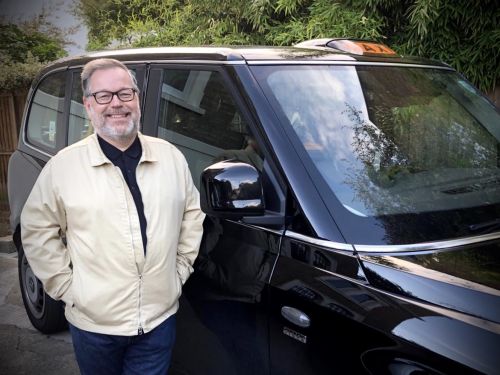