Join Mr Londoner to explore some of the key London locations relating to the Queen's incredible 70-year reign. Her Majesty is the longest-reigning monarch in English (and later British) history. Visit Westminster Abbey to hear the story of the 1953 coronation, visit the exquisite Crown Jewels at the Tower of London, used to crown our monarchs since the 17th century. And see some of the lesser-known sights, including the Queen's birthplace in Mayfair's Conduit Street and the places where Princess Margaret partied into the night ... far from the prying eyes of the photographers, gossip-columnists and TV cameras.

Our very special tour will also feature some of the prime locations used in the hit Netflix series, The Crown, including Windsor Castle, Buckingham Palace, Parliament Square, Number 10 Downing Street, King Charles Street and the former royal palace at Greenwich. Perhaps more surprisingly, the tour takes in HMS Belfast, which stood in for the Royal Yacht Britannia in the first series.

Key characters in the series from the Royal family themselves through to major players like Princess Diana are spotlighted in detail. The lives of other key players like Winston Churchill, Margaret Thatcher, Lord Mountbatten and Lord Altringham are also explored.

The tours can be full-day or just a few hours. Journeys can be on foot, in an electric cab or by bike. All tours are bespoke to guests' individual needs and special interests. Prices start from £220.

Book a private tour or enquire @meetmrlondoner (Insta or Twitter) or e-mail antonyrobbins@outlook.com 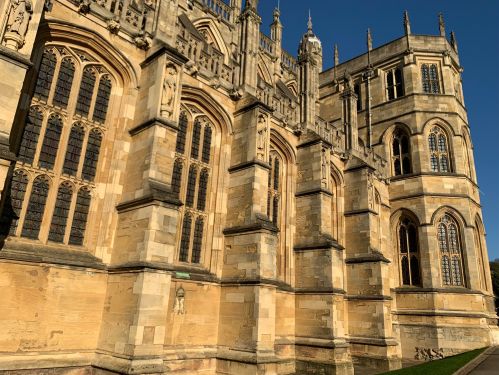